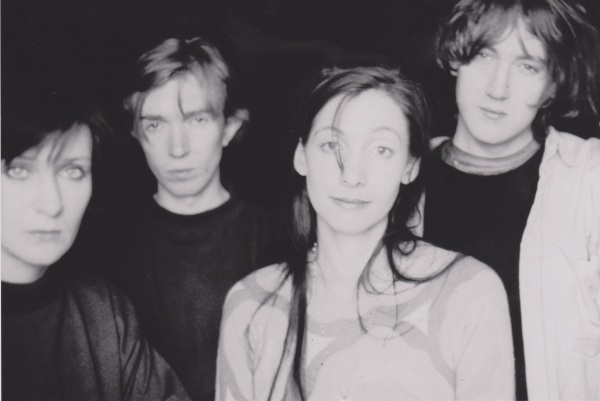 Before My Bloody Valentine became the archetypal shoegazer band, Kevin Shields and friends were a struggling English pop band. Much acclaim did not come for their first EP "This is Your Bloody Valentine", a very weak set of songs that did not do much to separate them from their peers. This all changed with the release of their 1987 EP "Strawberry Wine."

The three-track "Strawberry Wine" EP is not a shoegazer record. On the contrary, it is a pure pop record that shows the early roots of the infamous shoegazer band. The pace of the EP is set from the premier track on the EP, "Strawberry Wine." The sound of this track is reminiscent of the C-86 pop scene that was prevalent in the English music scene and the American College Radio Circuit. The fuzzy guitars jangle and the drumming is crisp and precise while the male-female vocals swirl around one another and create an intense beauty in the song. The other stand out track on the EP is its last, "Can I Touch You?" Shields takes up the vocal responsibilities on this track and writes another pop gem of a song, full of jangling guitars and quality drumming along with some of the more audible lyrics to ever be in a My Bloody Valentine song.

While the EP is less than 10 minutes in length, the music compacted into that short period of time is some of the most idyllic noise pop ever recorded. The three songs on this EP are all beautiful. While this EP has gone out of print on its own, it is still available on "Ecstacy and Wine", where it steals the show. For the people that have only listened to "Loveless," "Strawberry Wine" will be a shock, but that is the magic of it. It is an amazing feat of pop songwriting from MBV that features some of the best work in their oeuvre that will make you want to dance.