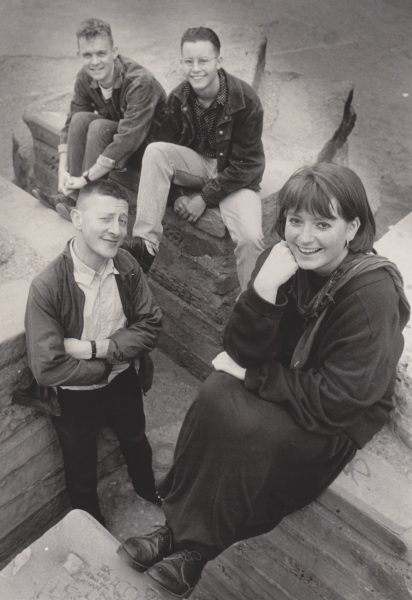 Formed in June 1988 in Hull by Nick Langley (bass & vocals) and Alison Hughes (rhythm guitar & vocals), they travelled the length and breadth of the country pedalling their twee indiepop, having picked up Hugh Whitaker (drums & vocals) and Steve Parry (guitar) along the way.

Nick left the band in August 1990 after a triumphant gig at the Reading Festival - Hugh and Steve had already moved on by this point - and the band finally disbanded in March 1991.

I, for one, thoroughly enjoyed myself!